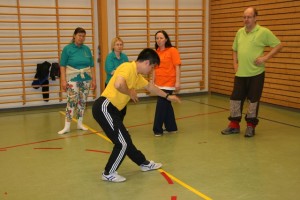 As I mentioned last time, Qigong is a skill, which we work on to develop our Qi. In the past, in China, there were many names for it, like internal training, breathing techniques, maintaining life skill, directing and leading (the Qi), including meditation. There were all kinds of names, but at the end of the 1970’s, the name Qigong became popular in China. All the skills, that had different names in the past, became known as types of Qigong and over the next twenty years Qigong become very popular. In the 1990’s however there were some kind of Qigong organisation that used Qigong to influence people politically and organise them to challenge to Chinese government. This caused the Chinese government to stop promoting Qigong and they also stopped any organisations promoting and developing Qigong. Even the old traditional Qigong skills that had good backgrounds and history, like our Dayan Qigong (Wild Goose Qigong) was affected. Nowadays, in the park in the mornings we see more people dancing where before they were practising Qigong and Kung Fu!

However, Qigong is for good health and so we should teach it properly and let people see and understand what correct Qigong is.