How Did We discover Qi?

We all have Qi, but most people do not notice it. This is because they are not relaxed enough. When we are able to relax deeply, then we can feel many things inside our body. For example, you can hear the beating of your heart, feel your pulsing and can even feel Qi moving. For over 5000 years, observation has been an important part of Chinese culture including observing ourselves and everything around us and nature. 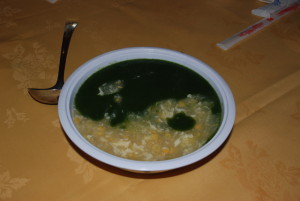 From observing nature we discovered that everything moves in cycles. Some of these are very obvious, like day and night, summer and winter, birth and death. We believe that nature has power and also all the answers. So in the past, most Chinese people were farmers who grew their own food and raised their own animals rather than going out hunting and snatching from others. Of course, there were some who did this, but most were farmers who followed nature. From following nature they created a calendar that told them when to grow certain plants for their food.

They also understood that everything has two sides, two elements that were strong and soft to balance things, for example, fire and water, male and female, young and old, high and low and work and rest. As farmers, they needed to work very hard and so when they rested, they did so very deeply. And it was during this deep rest they discovered something moving inside the body and this we alter called Qi.