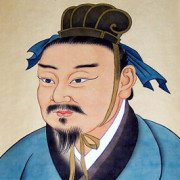 Once upon a time there was a King. The King had everything, power, money, a beautiful wife and two beautiful children, a boy and girl. He lived a very happy life. One day the King found that a red spots on his body had started to grow. He called a doctor to check it and the doctor gave him some medicine, which he took. After a few days he found that that spot had continued spreading and soon it was all around his body, plus he felt hot and itchy all the time. He called other doctors and therapists to come and treat him, but none of their treatments worked and none of them could help him. Soon the King’s skin problem was making him suffer a great deal, he could not sleep as he was hot and itchy all the time. This made him bad tempered and he was very unhappy. All the doctors and therapists tried everything they knew, all kinds of different treatments, even magic, but nothing worked! Then one day a Daoist monk arrived at the palace and asked to see the King. He said he knew how to treat the King’s sickness. Of course, this was the same thing all the other doctors and therapists had said and none of them could cure the King. However, the Daoist was certain he could cure the King and said, “I can treat the King and I can cure him without using any medicine!”